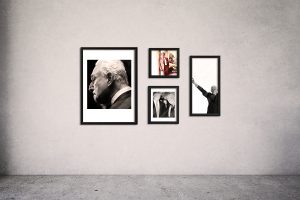 The Stone Cold Collection will add new pieces continually. These will be featured here on the site.

You may acquire the entire Stone Cold Collection on OpenSea.

Memorabilia From A Life Outside The Box

The Stone Cold Collection represents rare and one-of-a-kind pieces from Roger Stone’s more than 50 years spent as a political power broker with some of the biggest names on the world stage.

Names like Trump, Reagan, Nixon, Goldwater and even Nikita Khrushchev.

From the 1960’s to present day Roger has toiled behind the scenes in the trenches of the United States political apparatus to serve the American ideals of small limited government and individual liberty, freedom and prosperity.

The collection currently consists of more than 8,000 rare photographs, posters, buttons and artworks dating from the start of Roger’s political career up to today.

The discerning memorabilia collector can spend days going through this treasure trove of unique items.

Fans of the political arena and political history will enjoy learning the stories behind each item from Roger himself on video.

With the Stone Cold Collection you’ll be able to see, acquire and learn the stories behind the best of the best political memorabilia in the form of both non-fungible tokens and physical items. 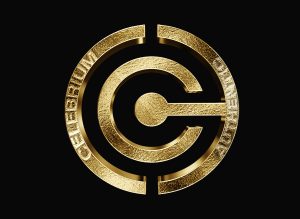 Launched in 2018, Celebrium® NFT’s, which we call “Memos”, are the world’s first authentic digital celebrity collectibles. Meaning that all of our NFT’s are authorized by the celebrities themselves with permission for us to issue them as NFT’s.

All Celebrium NFT Memos® are the celebrities’ own personal photos, art, or similar collectible, that they’ve authorized us to convert into a Celebrium® NFT Memo.

Every Celebrium NFT Memo® has a story. Browse each NFT Memo® from The Stone Cold Collection to see it’s story. 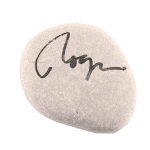